Italy is one of the biggest nations in Europe with 60 million inhabitants, making it the sixth country with the highest population in Europe. Some of its neighbouring countries are Austria, San Marino and Switzerland and Italy is also known as a country that is shaped like a boot. This country is really rich in history as well as its natural beauty and there will always be something to be seen for everyone who came here.

While we haven’t been to all the cities in Italy, here are some that we’ve been to and why we love them. Pin this! (The Lovely Places of Italy – 10 Charming Cities and Communes)

All road leads to Rome, is a proverb referencing the Milliarium Aureum—the specific point in Rome, particularly where the Roman Forum is, to which all roads were said to lead.

It is the same for history buffs, lead by their passion to see history that has brought them to Rome, us not exempted. Walking on the streets of Rome is walking in history itself, while the old glory remained in ruins, there is still, within  its modern landscapes, the grand architecture and greatness the city is known for. One of the four fashion capitals of the world, Milan is a must not just for fashionistas, it’s an awesome city to see for those who appreciate beauty. Naples/Napoli may not be as clean as other Italian cities,  but its charm lies on finding the beauty hidden within its architecture heavily influenced by Medieval, Baroque and Renaissance-era styles. Its age, as it is where Pompeii’s remain, and its food, home to the very first pizza are historically noteworthy. Naples’ ports and shores are beautiful to walk on and explore, especially at night. 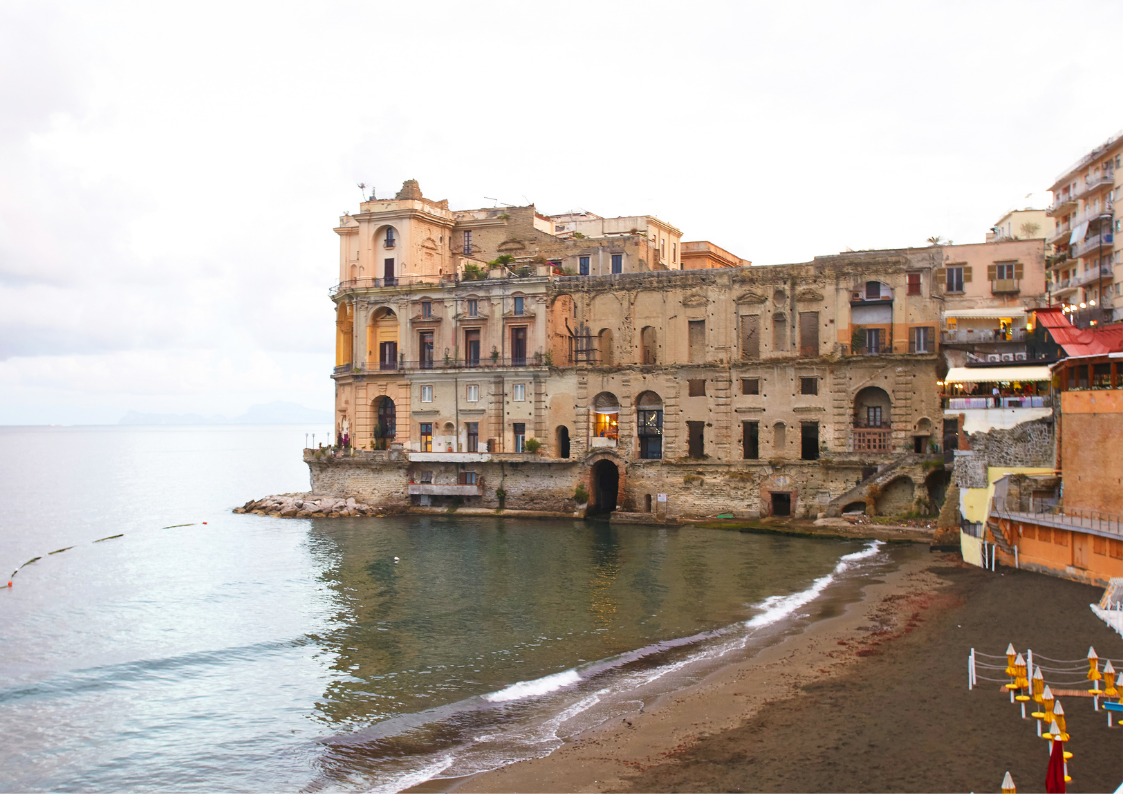 If you are an artist or at enthusiast, you might experience Stendhal syndrome or Florence syndrome. It’s   a psychosomatic condition involving rapid heartbeat, fainting, confusion and even hallucinations, allegedly occurring when individuals become exposed to objects, artworks, or phenomena of great beauty and antiquity. You might even faint, it’s called so because the very first incidents happened in Florence that hospital workers are now accustomed to tourists coming by with such symptoms.

Another Tuscan region that’s worth visiting is Pisa, and the famous leaning tower. Pisa is very charming, and a joy walk at. There was rain when we visited but it was still beautiful especially when the rain stopped – made pictures even more beautiful with a little wet background. Home to the oldest university still in operation in the western world, Bologna’s old world charm can leave you captivated and in awe at how this historical city has been kept. Bologna is one of the few remaining large walled cities in Europe, and within those walls is history that dates back to  3rd millennium BCE. The City of Water, is easily one of the cities anyone can fall in love with. For someone who walks a lot, it’s a beautiful place to enjoy and exercise the legs and let the eyes feast on colors and charming scenes. Every corner, every street, every store, every bridge, and every window exude Venetian charm, it’s hard to choose which spots to take photos of – you just had to have a chunk of it all. When it’s summer, one of the best places to go to to rent a villa and stay for more than a week is Como, and choose one by the lake. It’s such a dreamy place, you would want to wake up everyday to the sound of birds chirping, and some sun rays peeking through the window promising you that it would be a beautiful day. 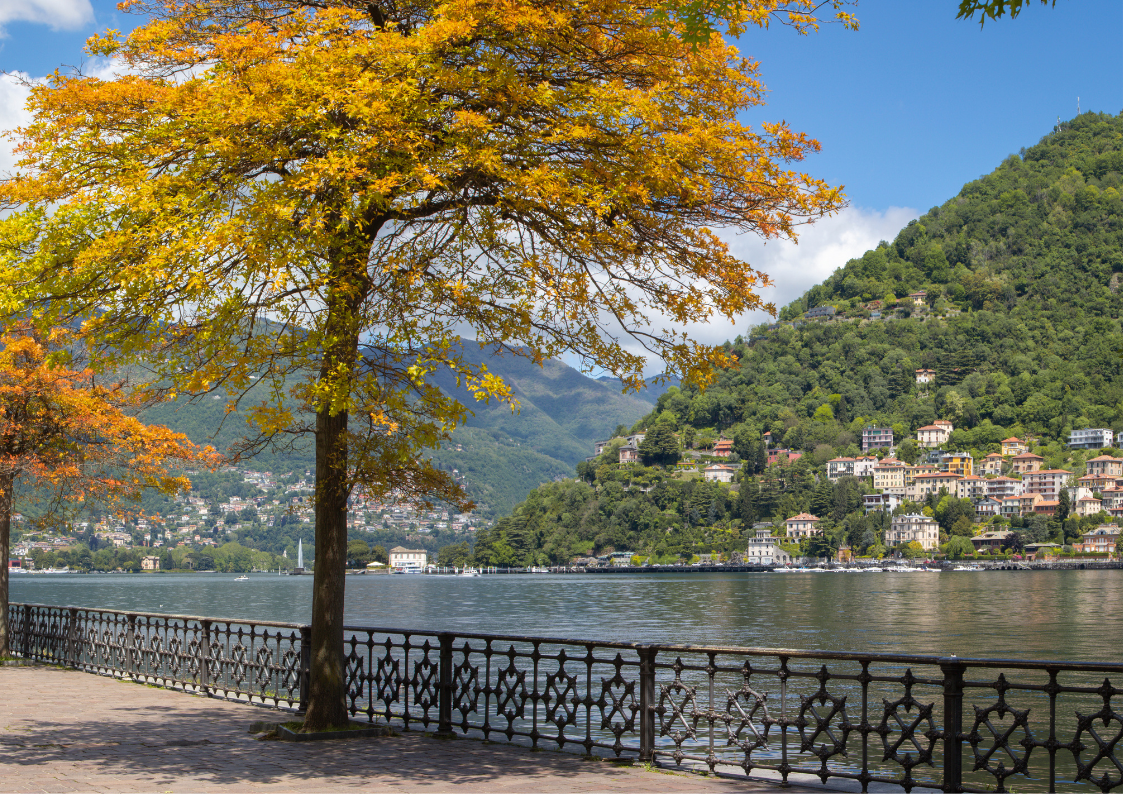 A World Heritage Site by UNESCO as many in Italy, Verona draws many visitors from Shakespeare’s fans. Romeo and Juliet  and The Two Gentlemen of Verona were both set in Verona. The Casa di Giulletta has become a famous tourist destination as many would want to live the fantasy the play portrays. The Lovely Places of Italy: Verona

Despite many sites in Italy being on the World Heritage list by UNESCO, there are still a lot that people can visit and not be overwhelmed by the number of tourists.

A charming old port city, Genoa is nothing short of majestic. It may take a day to see the most famous spots in the commune, but that is not enough to experience the culture and heritage in its streets and architecture. Walk around to drink in the scenes, and even the age the city comes with. 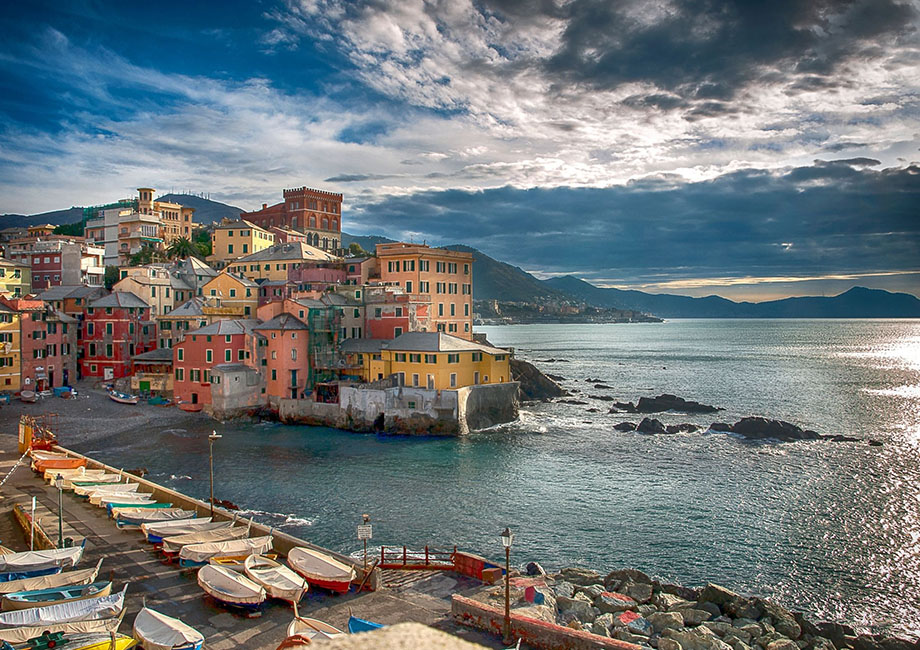 The Lovely Places of Italy: Genoa

Another beautiful port city that’s worth visiting is Cinque Terre. Despite its popularity, the government saw to it that tourism should be regulated to avoid disruption. It’s a good move. There are 5 seaside villages in Cinque Terre, namely Riomaggiore, Manarola, Corniglia, Vernazza, and Monterosso…make sure to see each as they are distinct and beautiful in their own right. Another city in Italy which is little known by tourists is Portofino. Portofino is one of the country’s most enchanting places and this is thanks to a lot of aspects like the climate, the scenery and also the structures. It is located at the Ligurian Coast and reachable by cars and buses. If you want a unique experience, you can also try to travel to this city by cruise ship that will land at the small port of the city.

However, if you are aboard those bigger cruise ships the port is unable to handle them, so the ships will just dock near the port and there will be boat services to take you to the shores. The cruise ships are available at Camogli and S. Margherita.

The port here is known as Portus Delphini which means the Port of the Dolphins and this port is the birthplace for the city, where the main city activities are done while the residential areas are located a little way off from the water. The port is really beautiful with floating boats and shops lining up just beside the water. If you are fond of romance, yacht and breathtaking views, make sure that you come to Portofino, for your next vacation. 8 Best Spots in Las Vegas for the Less Adventurous…Not!