Nature has its own special way of fascinating people. Something about would make even the most uncaring, unfeeling or aloof stay put and take notice. While there are many things in nature that can leave us awestruck, nothing can be as powerful as an arresting beautiful sunset.

Ask people around and they would give you a simple equation – sunset = romance. It doesn’t even matter if you have a significant other or not. You can romance the sunset well on your own. How is that even possible? Just think of the reflective thoughts and ideas that sunsets can evoke from you, and we all know that nothing can be sexier than a person’s mind, isn’t that right?

Add a beautiful sunset and one of the perfect white sand beaches in the world and you get Boracay. This Philippine island is a favorite among locals and foreigners not only because of the beaches but also because of the coconut trees, turquoise-blue water, incredibly beautiful surroundings, and laid-back atmosphere. It’s not surprising, then, that Boracay is touted as one of the top beach destinations in the world. In fact, many call it the Côte d’Azur of Asia. Now that’s really something.

Amanpulo – A Piece of Heaven on Earth

Secluded and romantic private islands have become a haven for couples (and even non-couples) who value their privacy. Compared to other beach resorts, private resorts allow most people to leave their worries behind even for a short period.

Many of these secluded resorts cater to honeymooners and lovebirds who want a healthy dose of alone time. Hence, these private resorts offer amenities that only serve to make the entire vacation experience one-of-a-kind. Of course, it goes without saying that the main patrons of these secluded resorts are the rich and privileged since these resorts charge hefty tabs. 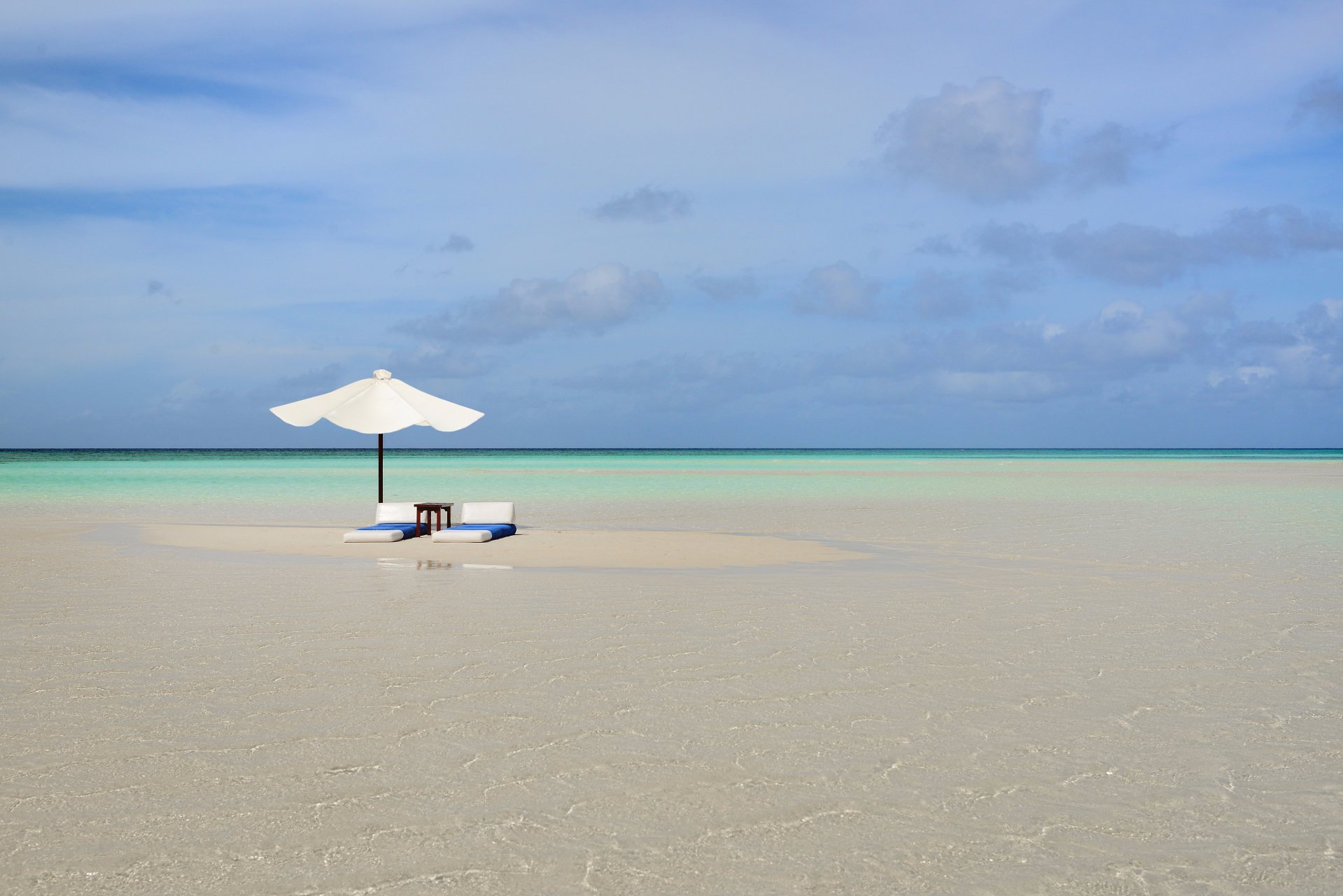 Amanpulo is an island paradise that offers a piece of heaven on earth. Just imagine yourself waking up in the mornings and being greeted by azure waters and being bathed in the lovely warmth of the sun. The pristine beaches of this island resort feature lush greens and tropical flora and fauna that remain untouched by urban development. The city council of Palawan has made sure that the private resort remains secluded to ensure the privacy of its clientele, which is mostly made up of celebrities (both local and foreign), politicians, and other wealthy and important bigwigs.

Sights and Attractions in Negros Occidental

The Philippines is said to be one of the most beautiful countries in Asia. Divided by three main islands and composed of multiple islets (7,107 islands during low tide), Filipinos developed different cultures and different beliefs depending on the province one came from. For instance, Negros Occidental; this province is widely known for its rich culture, magnificent spots and delicious cuisines.

The capital city of Negros Occidental is Bacolod City. People in this place are known for their smiles hence the nickname “The City of Smiles”. In here, you will find museums, showrooms, churches and historical places perfect for tourists.

Things to do, Places to see, Food to eat  in Negros Occidental

The most famous museum is the Negros museum. This is where you’ll find the story of Bacolod and how it blossomed from its past up to the present. You’ll see the people who used to run the place such as the governors and its administrators.

After enjoying the place of Bacolod, you can move on to the city of Talisay. This is where the famous “The Ruins” is located. The ruins is a place filled with emotions. The look is old yet beautiful and elegantly stunning. This is a forgotten place, unfinished yet breathtaking. This is where you’ll get intrigued, puzzled by its beauty despite of its unfinished structure.

The Ruins in Talisay City

Another spot highly recommended for tourists to visit is Victorias City’s Church of the Angry Christ. This church was completed in the year 1949 and until now this brings wonder and amazement to everyone. Why would a Catholic church allow such a name to be associated to the church? This is one of the reasons why tourists should visit this place. This church has its own uniqueness; it shows important catholic figures in different ways. For example, the paintings of Mary and Joseph as brown skinned people.

Church of the Angry Christ 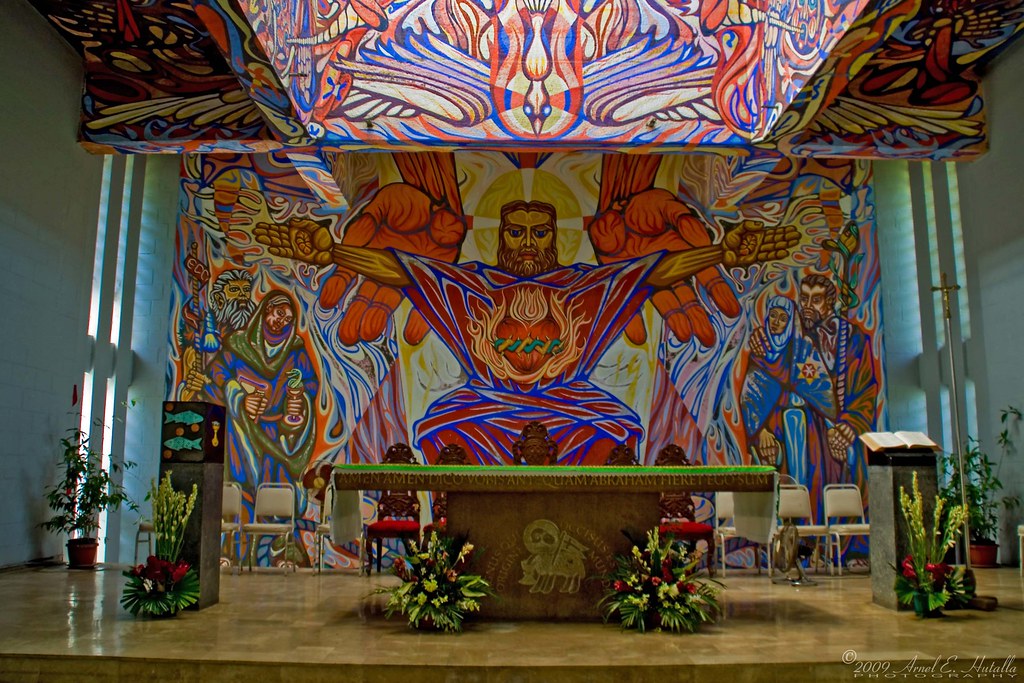 Aside from the places, there are also tasty and succinct cuisines that can also be found here in Negros Occidental. The place is famous for its chicken barbeque or chicken inasal also known as roasted chicken. One of the most famous places where you can eat the best chicken barbeque is at “Manokan Country” where tourist can definitely enjoy the delicious, tasty and mouthwatering barbeque styles by the Negrenses. 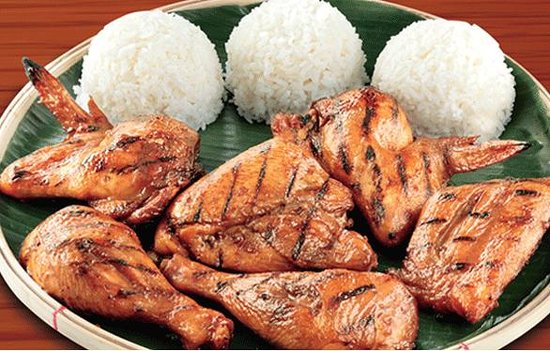 There are a lot of wonderful places and food here in Negros Occidental waiting to be discovered. These are just examples of the things that a tourist can visit, observe, eat and enjoy. Staying in the province of Negros Occidental is worth your previous time.

5 Awesome Islands to Visit in Cebu

Cebu has been known to be one of the most progressive city in the Philippines. But Cebu is also home of many natural treasures. Explore the many wonders of Cebu. 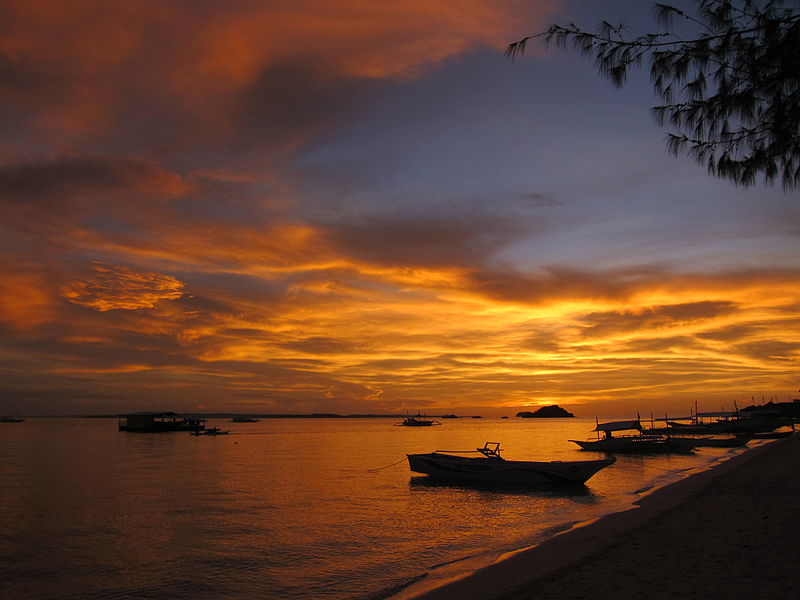 Enjoy the wonders of marine treasures, visit Malapascua Island. In Malapascua, you will find many world class diving sites. One of which are:

The Monad Shoal or the Shark Point and Shark Wall. This is the only place in the world where you can see  thresher sharks everyday. Gato Island. This island is a sanctuary for sea snakes and other marine lives. While there are so much more to discover about Malapascua Island, here are some other diving spots in Malaspascua: Lighthouse; Lapus Lapus; North Point; North Wall; Chocolate Island; Bugtong Bato; Quiliano; Deep Rock; Bantigi; Ka Osting and of course, The Wrecks. 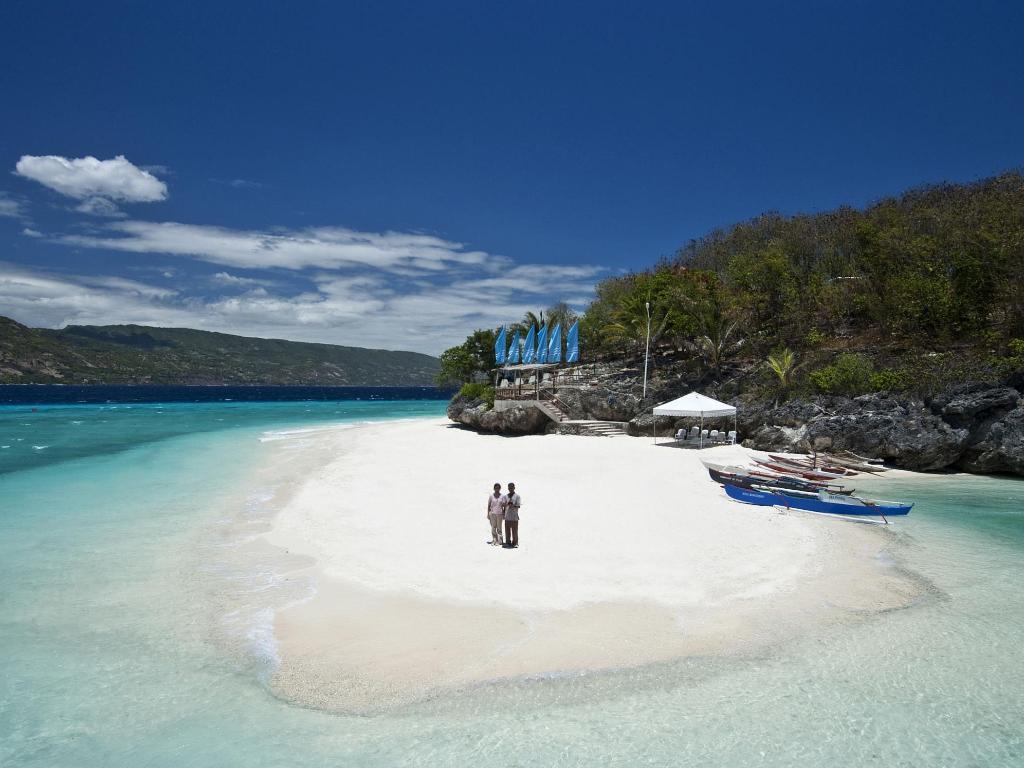 Sumilon Island was the first protected marine area in the Philippines. The island of Sumilon is known not only in the Philippines but also in the entire world because of its exceptional beauty and great diving sites. One of the most popular tourist attraction in Sumilon Island is sandbar in which changes its shape and and shifts its location depending on the season.

If you had enough diving, you can try hiking, trekking, beach picnic and fishing.

Bantayan Island is known because of its white beaches and clear blue sea waters. One of the most treasured gems of Bantayan are its churches that was built during the times of Spanish Colony. There is even a church that is was built 405 years ago. The house of Anun Escario is also one of the main attractions because it is one of the oldest house in the island. It was built about one- and- a- half century ago. The old Spanish Kota or fort that is located in Sta. Fe is also one of the most visited spot in Bantayan.

Camotes Island is known to be the “The Lost Horizon in the South”. Despite of many changes in our community, Camotes Island remained to be unspoiled. When you visit Camotes Island, you will experience life in a rural setting during the time of Spanish Colony. The name of the Island came from its major crops – camote (potatoes) when Spaniards saw the native residents digging and planting camote in the island. That is why the island was named Camotes Island (Potatoes Island). 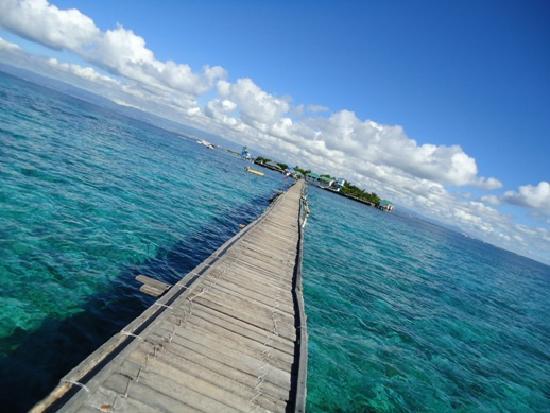 Mactan is a center of trade in Cebu. It is very progressive and is also rich in natural resources. Many tourists loved coming back in Mactan for many reasons. One of which are the beaches that lines among the best beaches in the world. Divers will also love to explore the beauty and wonder of marine life.

If you prefer art rather than adventure, then you can visit Mactan’s Art Galleries. You will see many different artworks that will surely satisfy your hunger for arts.

In Mactan, you will see the many traces of Spanish Colony including its cultures and tradition. Magellan’s marker was built in the year 1866 in the battleground where Magellan and Lapu- lapu fought to remember the heroism of ancient Filipinos in protecting their homeland.

If you have the luxury of time to visit these amazing island, I can say that your getaway vacation will surely be a memorable one. Aside from close encounter with nature, a feeling of serenity and solitude will surely be felt.  If you are planning to visit the Queen City of the South of the Philippines and experience a once in a lifetime adventure, contact your local travel booking agent now and book the soonest time possible.

Nothing is more frustrating than finding out that one of the most picturesque places to go to is an hour away from where you grow up –  when you’ve already migrated. I’m talking Amanpulo…an island  (locally called Pamalican island) south of Philippine’s Luzon and is part of the high-end resort group, Aman Resorts.

Secluded, serene and still, it is paradise to those who seek to be away from the hurly-burly of the city life. As an exclusive resort, many high-profiled names spend their time here but until now it has kept itself private. With photos from visitors getting published around the web showcasing the sandy, tropical paradise in luscious greens, one can’t help but dream of just going there for a relaxing weekend. Oh, at least me. 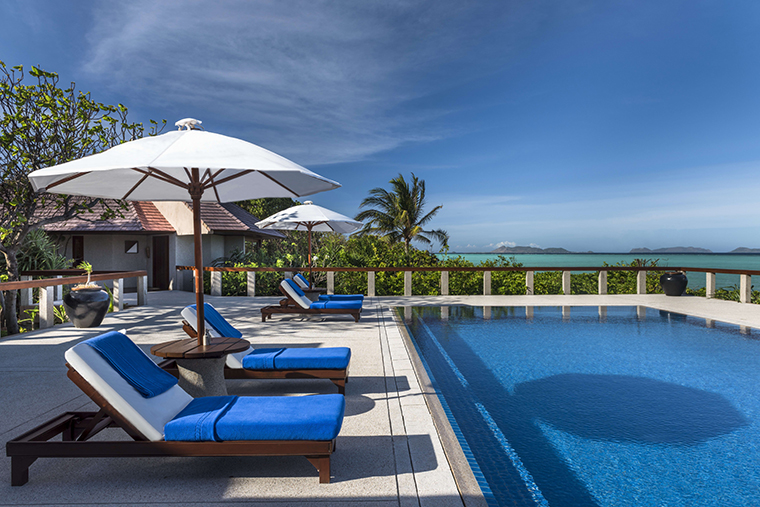