No Winter is Too Chilly with a High Efficiency Furnace 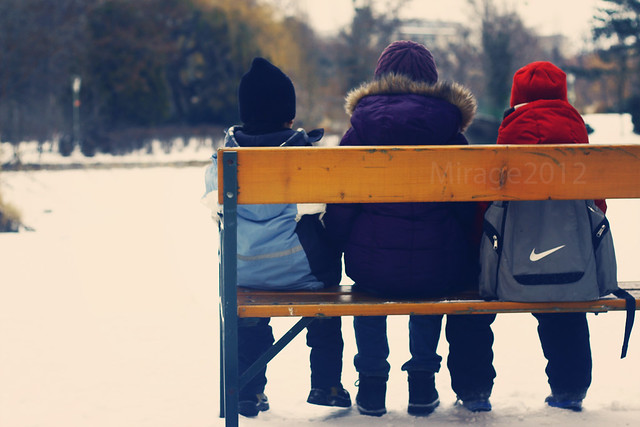 Winter in Vienna can be welcomed in two varying degrees. There are those who welcome it with outstretched arms because Vienna in winter is very picturesque – think along the lines of a fairytale winter wonderland with snow on the ground, crisp night air, friends enjoying each other’s company half-hidden in the steam rising from mugs of hot mulled wine. That is Vienna during winter, which falls between December to February and early March.

However it also does get bitterly cold, sometimes going down to -15 centigrade. What do Austrians do when that happens? Well, not much, except turn up the furnace so their houses get cozy, comfy warm. Of course, there are people who prefer high efficiency furnace even if it costs more primarily because it doesn’t use as much fuel thereby reducing the cost of heating by as much as 10 to 20 percent.

As for us, well, we already have a furnace and it is still running smoothly. Proper maintenance is all it takes to ensure that. But should we ever need to have it replaced then we would definitely go for a furnace with high rather than mid efficiency. 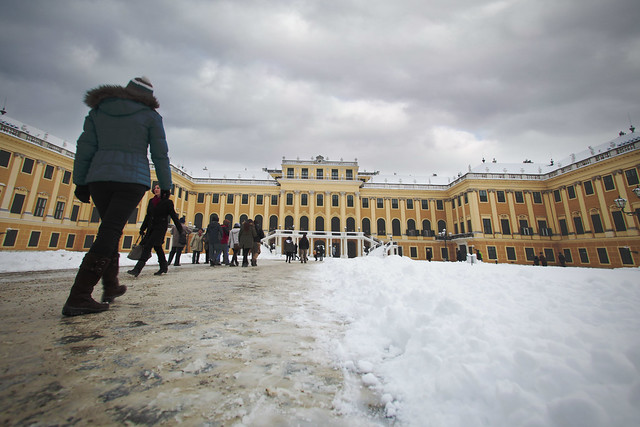 Sometimes the most serene corner can be found in the most unlikely places. That’s my daughter by the window at a McDonald’s branch by the shopping district.

I’m a self-confessed photoholic. I bring my camera whenever I can – even in public toilets. lol. I know, sounds exaggerated but I truly do. Back in the era of photographic films I was already like that. I’d carry my camera and take photos of what I fancy and get them printed. I even learned film developing and photo printing in the dark room…

Then, hubby also has his stint in advertising and some  poster printing projects where he’d do illustrations and graphics, submit it to his editor and bring them to print. I had no idea then how poster printings work so when I accompanied him to the printing shop, I was amazed.

Nowadays it is much much more convenient to have poster prints. I have a handful of the kids’ photos hanged on our walls. They are my personal shots that I had printed as poster-sized photos…so I bet posters whether the advertorial or campaign types are are easier to print too. As well as all the landscape photos I took over the years. 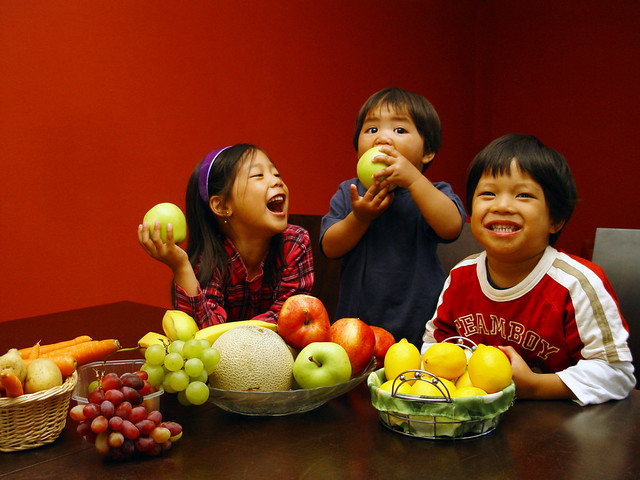 Here’s an example of a my photo printed poster-size at the photo shop near our place.

The photo is one of my favorites as it has been used for a  magazine article, shown on TV and unfortunately taken without permission and used for an appliance store advertisement. 🙁 I still have some other photo posters of the kids while hubby hangs his paintings. I guess our home does show our love for art and photography no? I’d probably print some more poster photos…perhaps when I have award-winning photos. lol 🙂 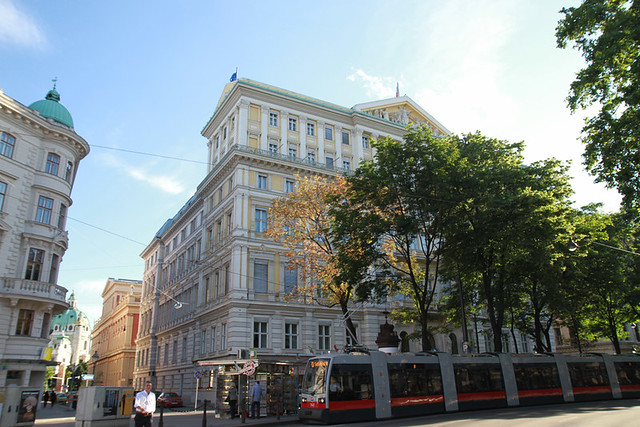 ahh but that’s actually a hotel

Here, let me show you our city walks and how high residential buildings could get. 😀

Even now, the so-called modern era, the buildings are built or renovated  with a facade that still fits a charming old city feature. Don’t you agree?

Where we live is a comfortable zone for the birds…We live on the last floor with balcony and it’s open for the birds to freely do their thing – to propagate. We’ve cleaned it this spring and found some eggs — (sorry birds, don’t be angry but we can’t tolerate that).

This photo was one I took of hubby posing as though he’s shooting the birds when in fact it’s just “posing time.” This is just a fun edit he did for the boys — our boys who love playing the game , angry birds.

I don’t know where he got the “rifle” but he likes to collect those, remote control tanks, helis aside from game consoles. Seeing this rifle, I thought I’d be seeing night vision rifle scopes around the house. He’d be wearing camouflage uniforms, helmet, have his face painted with black, have his backpack full with camping gear, night goggles,  parachute and enjoy himself up in the mountains. Well, that’s just me and my fully trotting imagination. 😉

Gone Medieval at the Wien Museum 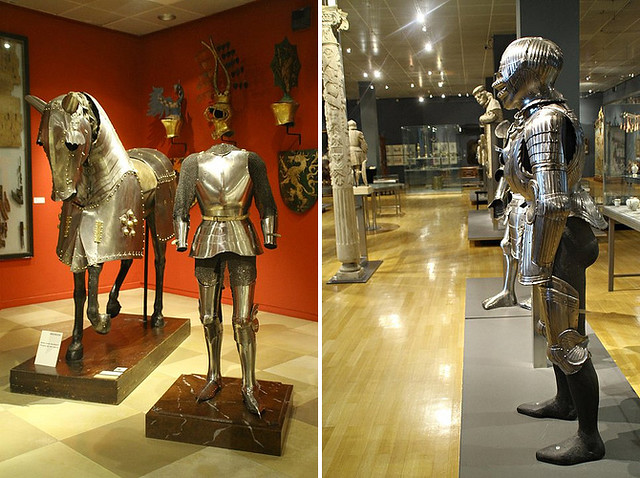 In Vienna, rain or shine…we roll. I went with my daughter’s class sometime last month to the Vienna Museum in Karsplatz – it was raining though. The museum particularly showcases Medieval Vienna. The purpose of this trip is for the kids to have a visual knowledge of Vienna’s “colorful” history. I came along to learn as the kids do…I don’t have to reiterate that I am a history buff, right?

Attendants at the museum, wearing medieval costumes, guided us from displays to maps, family crests, lamp remains, miniatures, paintings and of course real life knights as you see in the photos; complete with its medieval breastplate, helmet and lance…or the lack thereof. 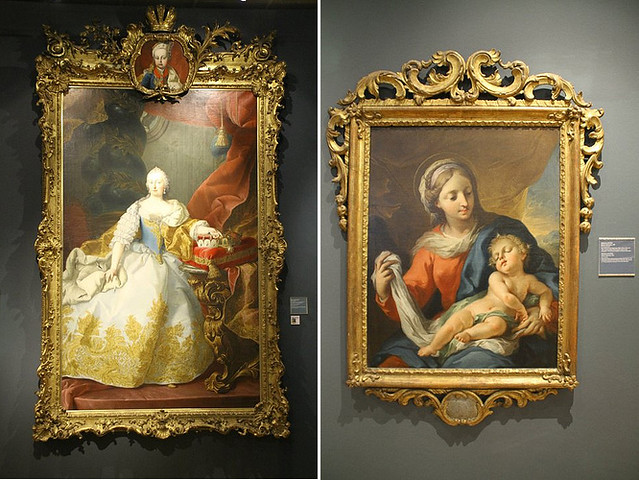 Just behind the headless horseman are helmets which are far from being spartan helmets – being a museum display of all things medieval. The kids were giggling seeing this part of the displays…they thought it amusing for the knight to be headless. They were in for a bigger surprise when the guide showed us the guillotine!

There were also paintings by Klimt and Schiele, Schönberg and other famous artists. The highlight would be two large-scale models of the city. Illustrating a scarcely imaginable caesura in urban development: Vienna before and after the dismantlement of the fortresses and the construction of the monumental buildings at the Ringstrasse. The kids, as well as myself, listened to the guide carefully as we looked at the miniature buildings with awe. 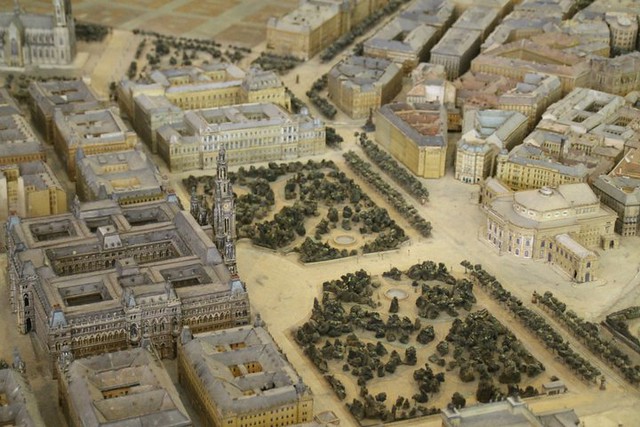 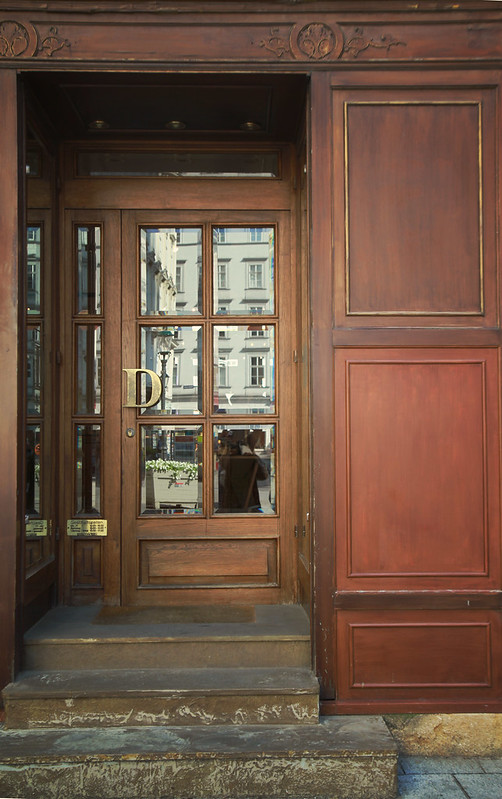 Door to the past?

At times, walking in the city is like walking at another era. History-filled Vienna has preserved most of its building, architecture and cultural heritage that it seems as though a turn to the left of the street would bring you to a different setting of the past. 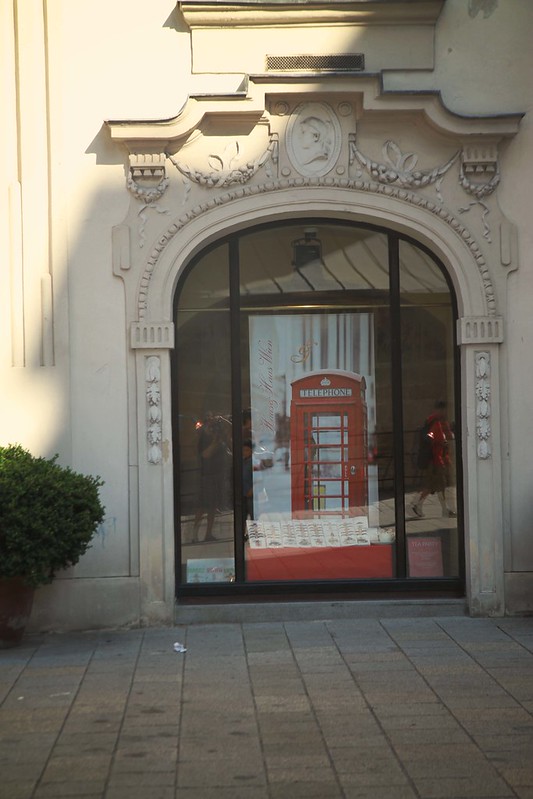