If Europe is a preferable travel destination for you, then fail not to visit Vienna. It’s quite a historic and wonderful hotspot. It is once again named the Most Livable City, that a feature here is a totally deserved one. The top tourist attractions in Vienna may not be all enumerated in this post since there are  a lot of spots worth visiting.

Both artists and art lovers even those who are not will really feast on the 45,000 drawings and the most comprehensive art graphics of the world when in Vienna. The collection was established in 1786. One good example is the Museum of Art History (Kunsthistorisches Museum). One of the finest museums in Vienna.

The Art history museum is opposite a similar building, the natural history museum. These two are dubbed as Vienna’s twin museums for having the almost similar facade, a visit to one is not complete without the other. 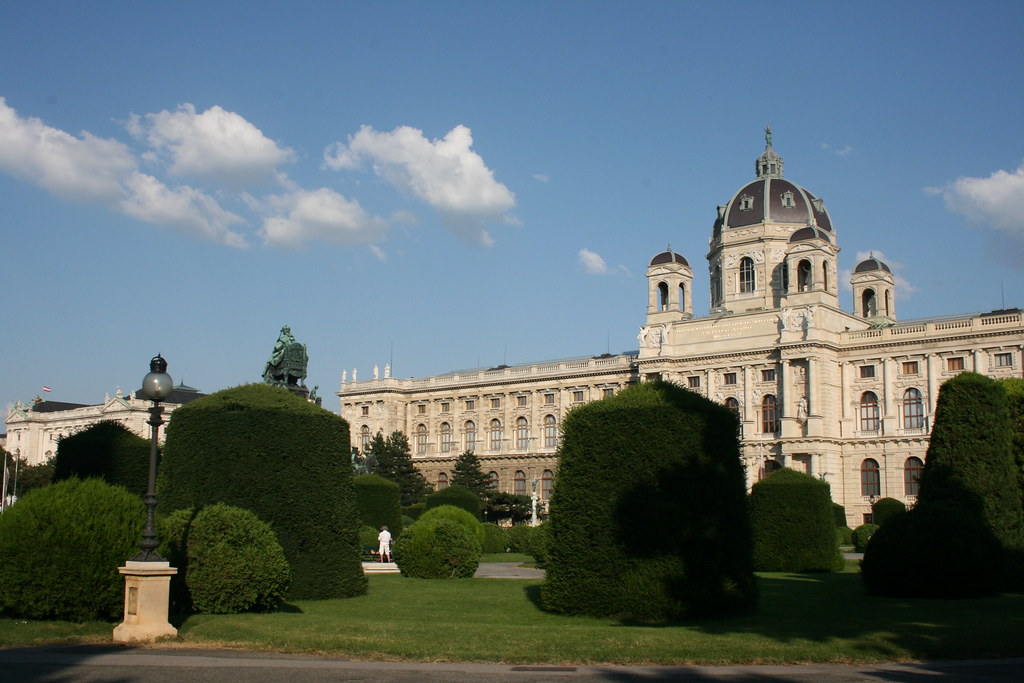 The Belvedere houses museums within its upper and lower palaces. The upper one has a museum full of Austria’s most famous painters Gustav Klimt and Egon Shiele. There’s a botanical garden beside that those who enjoy a walk in nature in the middle of a busy city. 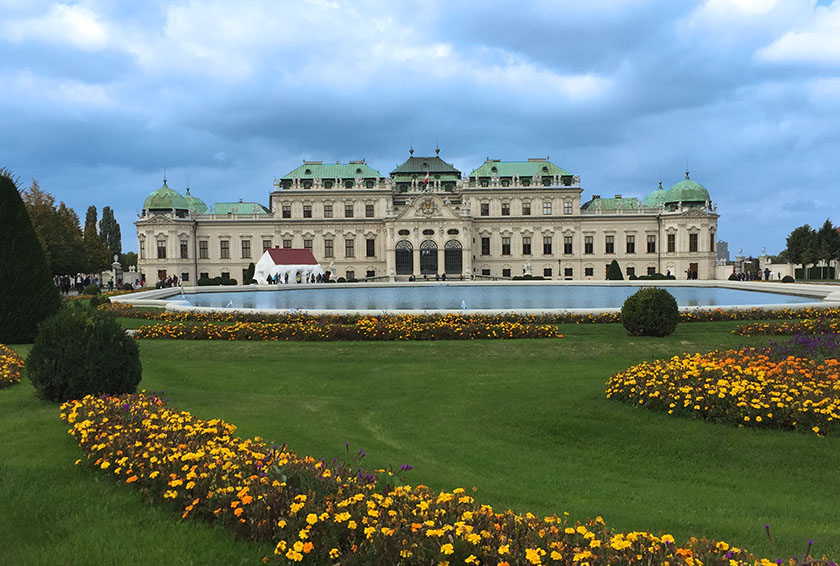 This tells about the rich European history – at a time in the middle of world wars. Alexander’s Apartment, Chapel Castle of Hofburg, Butterfly House, Elizabeth’s Apartment and the Treasure chamber can be found within the complex. The Imperial Palace should place either as number 1 or 2 our top tourist attractions in Vienna list. 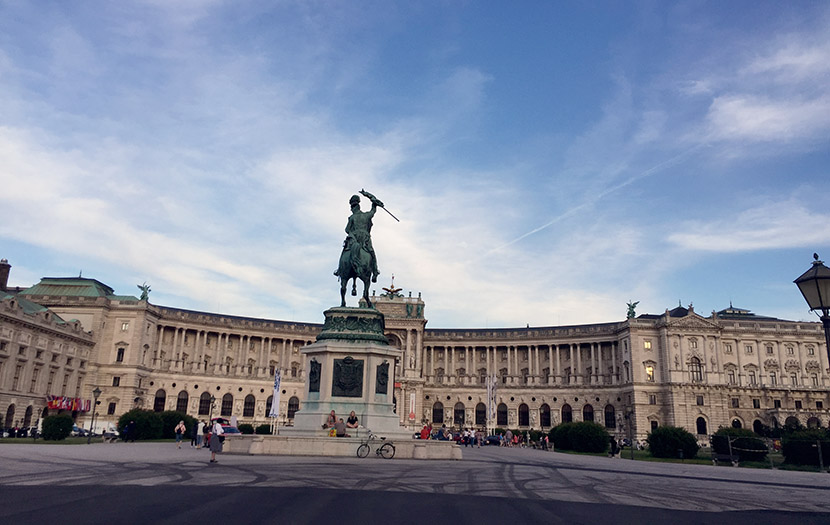 The Ring (The Ringstrasse)

The Ringstrasse encircles the most famous and important buildings of Vienna that are all worth seeing.  The street around houses the Parliament, the Rathaus, the twin museums, the Stadtpark on one side. On the other, one can see the the Bugtheater, the Hofburg, the Volksgarten, the Opera house and many more. Take a tram that goes around the Ring and get off at the stop near the building you’d like to see. Take the same tram then get off the next… 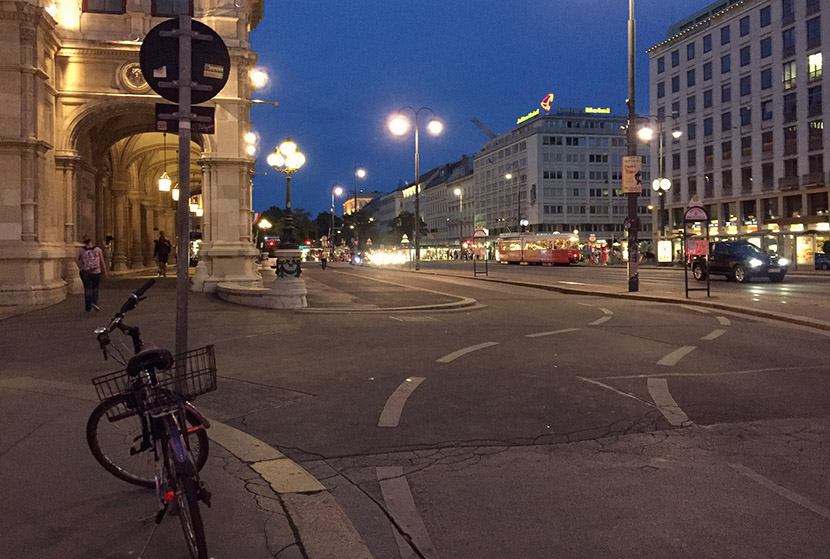 Athletic and adventurous tourists like this place. The Prater is the famous fun fair in Vienna and would also make it to the list of top tourist attractions in Vienna. You will have the opportunity to ride the giant Ferris wheel and jog or do cycling through the areas of parks, fields and vast forest lands. 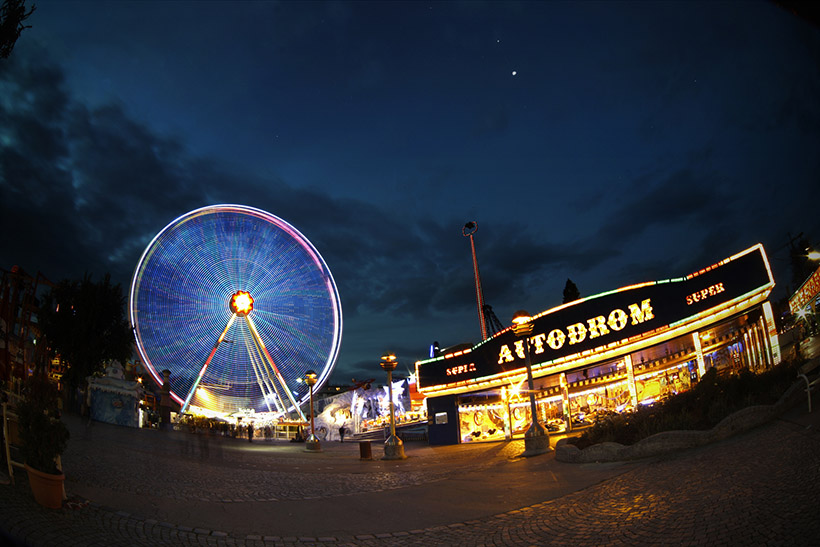 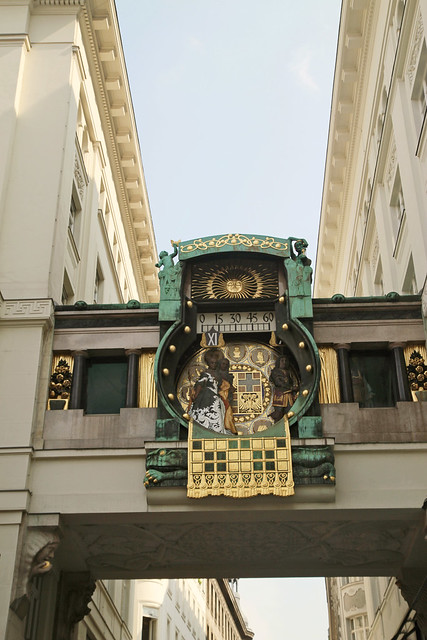 It’s an art Nouveau built in 1911 to 1917. The clock is decorated with mosaic designs and ornaments.  The 12 hours presentations have twelve historical figures that also move. These famous figures include Walther von der Vogelweide, the medieval lyricist, Joseph Haydn, Empress Maria Theresa and Savoy’s Prince Eugene. The Ankeruhr is best to see at noon, when it has a sort of little show when the 12th hour strikes.

The Ankeruhr can be found at Hohen Markt 10–11 at Vienna’s old town. It is on a footbridge at the Helvetia insurance building. Miraculously surviving the bombs during the wars. It can be accessed via the train station Schwedenplatz, to a little detour going to the city center or from Stephansplatz station going to Schwedenplatz. It is also opposite the Römermuseum.

A few walks from the clock, one will find the fountain Vermählungsbrunnen, which like the clock is an art Nouveau made of marble and bronze.

A tour of the palace will direct you to magnificent apartments of Maria Theresia. The parlour and the bedroom where Mozart played for the Empress when he was 6 years old  can also be seen. The apartments and parlours  of Imperial couple Franz Joseph and Sissi are also on exhibit. You can also see other glass ornamented ceilings and gold-plated walls. The entire palace has a total of 1441 rooms! 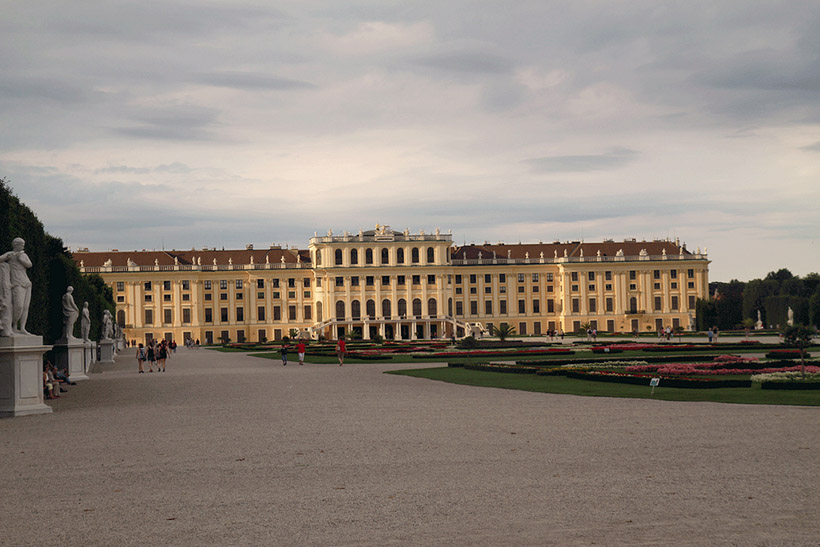 Back of the Schönbrunn Palace 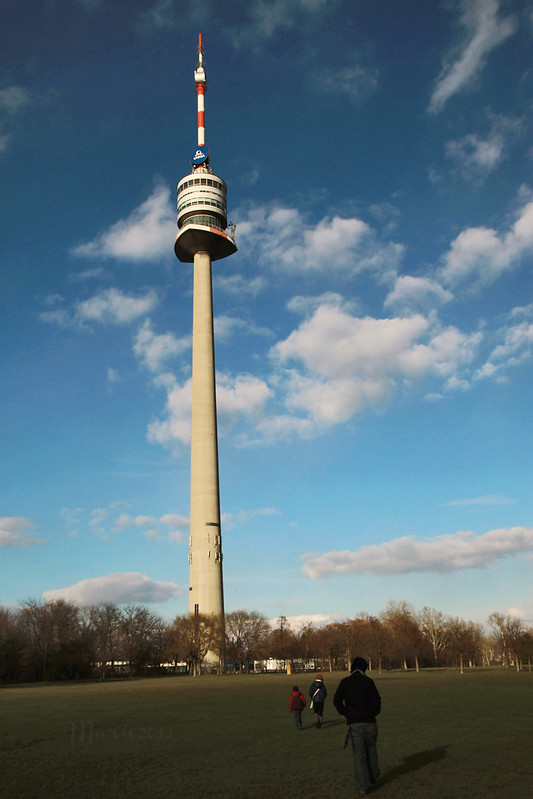 Danube Tower – at 170m is a rotating restaurant

Vienna’s awesome city view is most clear from this site. The tower which is fondly called as “Concrete needle” with 352 meters high is located between the two Danube intersections. History tells the tower was only built within 20 months. The tower has a rotating cafe-restaurant offering Viennese specialties. You can enjoy the 360° panoramic scenery of Vienna while enjoying your melange up here.

The tower can be reached via the train station Alte Donau. If you’re up for a walk, it can also be reached from the Vienna international centre, where you can pass by the big park. The tower is located in the man-made island Donauinsel. The island was created to prevent floods pestering the 21st and 22nd districts of Vienna and was developed as a family-friendly park.

Football fields, tennis courts, sand volleyball courts, restaurants and cafés, humongous playgrounds, gardens, and even a Korean concert house are in the area.

This riding school was founded in the year 1572 making it the oldest in the world. To watch the horse show, you must have booked the place month in advance. 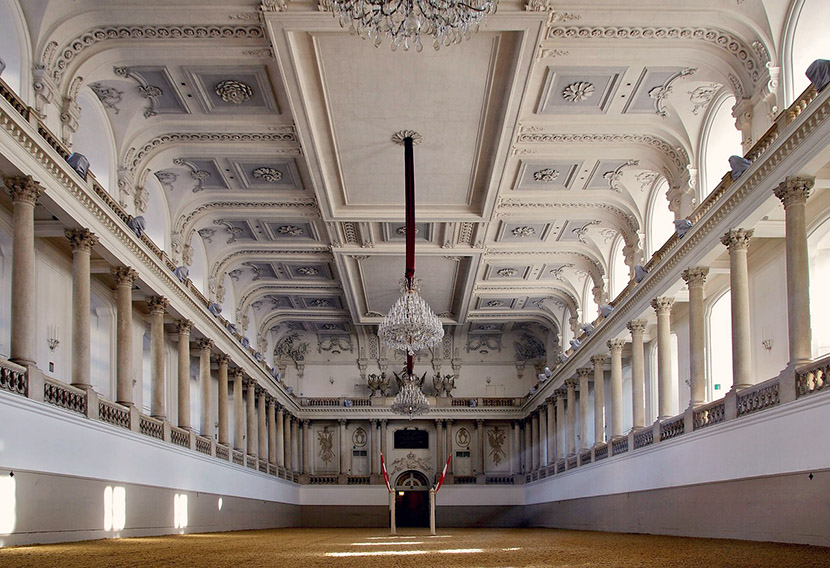 Other Top Tourist Attractions in Vienna worth seeing

The oldest buildings and historical structures of Vienna truly manifest man’s ingenuity. The structures adorned with different pieces of ornaments made of various materials also showcase the European’s love of art.

Take for example the Hundertwasserhaus and other buildings by the known architect of the same name. The Secession building, the Rathaus, Parliament building and many other historical works of art.

Vienna has been one of the most famous destinations in Europe. You will surely feast on the colors and the wonders of art that are mostly man-made. Seeing  those on this list of top tourist attractions in Vienna may make you want to stay longer.

The leaves around Vienna turned red, brown and yellow and it’s my perfect excuse to be out and about and take photos of nature’s changing colors.  It’s also my first time to test the new camera, so I had double the excuse. ^_^

What perfect spot to take photos of than the Schönbrunn palace and grounds? Well, I had planned to visit anyway because I learned that Google will be conducting a conference, about analytics – what a blogger like me should learn about more. Sad to say, aside from not having a regular nanny to take care of the kids, I can’t really shell out a big amount of money, just like that. Tickets cost for early birds: € 290,- 1 day / € 580,- for both days. (List Price: € 390,- / € 680,-) !!!

So yeah, I went but perennially late me came up to the lobby only to get some information about the day’s event and what could be tomorrow’s. So lame! We’ve been spending less hours of sleep lately, thanks to this time lapse project that the hubby initiated. :/

We got a hold of the Canon 5D Mark II — much to his delight. I’ve barely learned how to tinker with the 7D so I’m not so thrilled at beginning to learn a new one. I haven’t tried it that much, perhaps a shot or two but the full-frame format looks promising. First off, congratulations Imriz for winning last week’s pool (…of two, lol). Join us today and win 5$ (sent to your paypal account).

Today’s post features the interior partly of the entrance hall of the Schönbrunn Palace, one of the most important cultural tourist attractions in Vienna that is also a UNESCO World Heritage Site. The Schönbrunn (beautiful well) Palace used to be the summer residence of the emperors, empresses and their families. It has been then expanded to a tourist spot with a grand garden, labyrinth, zoo and aquarium, palm house, gloriette and more.

P.S. That’s my son kneeling on the stairs…

Every year before summer vacation starts we plan a trip to either a city near Vienna or endure more hours of flight to a farther country. It takes careful thinking and budget consideration when one chooses international travel for a vacation. For a family of five with kids under 10, insurance for each of us is a must. This is why staycations is also a good choice, we’re insured here even if we stay in a hotel to enjoy their pool along with bed and breakfast.

Vienna offers a lot of fun things for the kids to do. Once in a while I bring the kids to a painting class. In the summers, that could be 2 days in a week. On other days that follow we go visit one of the palaces and take photos and eat Apfelstrüdel, doughnuts at the nearest cafe for snacks.  The kids are also given discount/free passes for museums, sports clinic and other activities like horseback-riding, baking, tennis, mini-concerts and theater shows. View Albertina’s collection and have the kids participate in a painting session.

There are also many different cuisines in Vienna, different restaurants that serve local food that we’ve yet to try. We’ve been mostly to Japanese and Thai restaurants, we’d surely like to try Vietnamese that I’ve seen sprouting in the city too. Greek, albeit not the kids’ choice is also a must for me. Since it’s summer, we’d be hopping from one ice cream shop to the other, taste gelato here and there, discover the different flavors of bubble teas and find the yummiest frozen yoghurt. ^_^

It would be really nice to visit another city but staying in Vienna to know the city it more is also a wonderful choice. Unless hubby buys our ticket soon, we’ll be having a staycation. Think hard about where to go on vacation or which palace to visit next.