Las Palmas is the most popular city of the Canary Islands, and with a population of over 300,000 people, it is the ninth largest city in Spain. Nearly 20 per cent of the Canary Islands’ habitants live in Las Palmas, and it’s also the largest city of the European Union that lies outside of a continent. Located about 150 kilometers off the northwest coast of Africa, Las Palmas enjoys a sub-tropical climate, and according to some scientists, the most perfect climate in the world.

Founded as a city in 1478, Las Palmas was considered the only capital of the Canary Islands until the late seventeenth century and the birth of Santa Cruz. First named “Real de Las Palmas” by founder and head of Castilian forces Juan Rejon, Las Palmas has been a popular holiday destination for holidaymakers all over the world for hundreds of years.

Offering a variety of theatre, opera, concerts, cinema and dance, Las Palmas’ culture is something to be adored, and rarely missed by visiting tourists. If you’re on a cruise; shore excursions to the Island are also very popular, so here are some of the best things to do when visiting Las Palmas.

Setting off towards Playa del Ingles, you’ll be leaving the pier behind and arriving at the beautiful town of Maspalomas. The sand dunes, a local attraction and hot spot for celebrities, are admired throughout Las Palmas. If you’ve brought a camera with you on your shore excursion, then this is the place to use it.

Moving on to Puerto Mogan, you won’t find another town in Gran Canaria as picturesque. From its cobbled streets and traditional houses to the old harbour and fishing restaurants, you’ll certainly need an entire day to fit in all the cultures this place has to offer.

If you’re a lover of art, crafts and culture, then the Bandama Crater is Las Palmas’ cosmopolitan capital. Your first point of call will be “Playa de lasCanteras”, home to some of the most outstanding views in the Gran Canaria, as well as the best urban beach in Europe.

Once you’ve soaked in the sun, you’ll move on to Barrio Vegueta, the old Quarter of Las Palmas. This spectacular setting is a maze of old cobbled streets and historical stone squares, and why not call in at the museum of Christopher Columbus on your way through?

Last but not least, you’ll end your shore excursion on one of Las Palmas’ most beautiful and natural sights, the famous Caldera de Bandama. Not only is this an extinct volcanic crater situated in the heart of Gran Canaria, but it’s one of the very few inhabited craters left in the world! 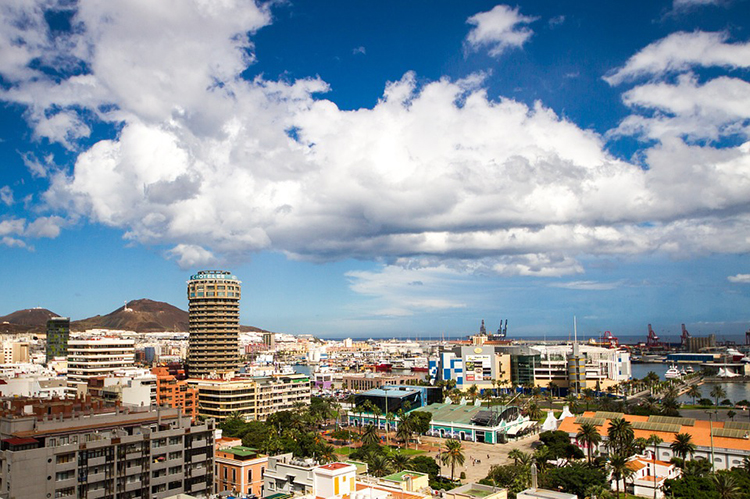 Camels might not be associated with the Gran Canaria, but that doesn’t mean you won’t find any on this magical island! The sand dunes are camel territory, and this is where you’ll be spending the afternoon with your favourite furry mode of transport. Not only will you have a tour guide teaching you the history of the local land, but you’ll also be able to stop off at the promenade, where you’ll be served refreshments on the seafront.

Whilst camel trekking doesn’t sound like something you’d normally do on a cruise, stopping off at ports of call offers great opportunities to go and explore. If you’re considering a cruise for your next holiday, find the latest cruise deals by looking online to book for next year.