Are you thinking of going on a romantic getaway with your significant other? Mexico is a great option that offers many great destinations. The country is known for its amazing beaches and resorts, which make it perfect for those who love swimming, snorkeling, and other related activities.

To begin with, some of the most romantic hotels in Mexico can be found in Los Cabos. The natural beauty and serenity of the place also adds to the numerous reasons why this is a favorite among many couples.

The Las Ventanas al Paraiso is a paradise but make sure to have lots of money in your pocket if you plan to take your partner there. This is known as one of the most expensive sites in the country.

Pueblo Bonito Pacifica Resort & Spa is another recommended spot for couples. The services they provide is often talked about by past clients. You’ll be relaxed and rejuvenated if you visit this place. You could also spend your honeymoon at Pueblo Bonito Rose. They have fantastic room service and you have the option to stay in bed and ask for Mimosas and tropical fruits. 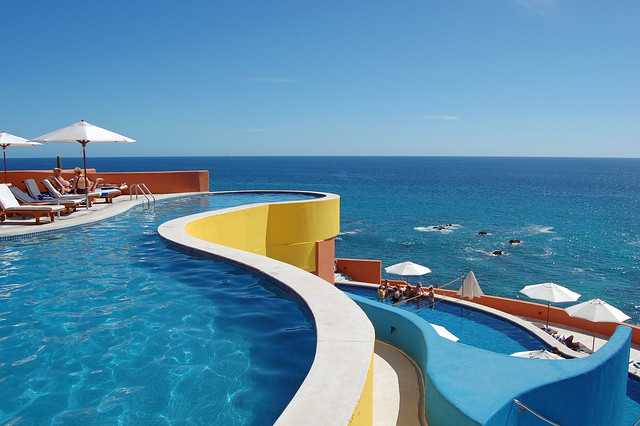 The Galapagos Islands are a natural paradise and incredible treasure. The site of many scientific explorations and discoveries, they are an untouched paradise that most people enjoy through books and pictures.

However, with travel cruises to the Galapagos, you can now experience the magic yourself. With summer just around the corner, it is one of the best destination one can choose.

If you have always wanted to take a cruise and you dream of visiting the mysterious Galapagos Islands, you can now combine the two. This luxurious cruise features several social areas, including an indoor and outdoor piano bar, sun deck, hot tubs and a main lounge for conferences and other meetings. Activities on the cruise include several that are customized for the Galapagos Islands, like Spanish classes, a naturalist program and lectures on the islands.

Think holidays in Cuba began and end with Havana? So do most, but look a little beyond the obvious and join the privileged few than discover more!

There’s nothing quite like having something named after you as a means of thanks to your hard work and commitment – something Isla De La Juventud represents in fine form. Having been previously known under the equally charming handles of the Isle of Pines, Parrot Island and even Treasure Islands, Isla De La Juventud was renamed with the current moniker in 1975 as a tribute to youngsters studying, working and basically making the island what it is today – a real Cuban gem!

With its beautiful, white-sand beaches and colourful carnivals, it’s no mystery why so many people choose Brazil for their holiday abroad. However, going to a completely different country can be a huge culture shock, and if you’re not prepared to deal with the dangers you may encounter, you could find yourself out of pocket, or even worse, personally harmed.

With a little travel advice, you can make the most of your holiday and minimise the risks. Read on for our insider’s safety guide to Brazil.

Brazil’s crime rate is high, so you should be extra cautious. Slums, called ‘favelas,’ surround all the big Brazilian cities. These shanty towns are deposits for excruciatingly poor and desperate people; unfortunately, due to reduced circumstances, these areas can be dangerous and attract high levels of crime.