The water reflects the perfect blue skies,  the wind blows off fresh…another perfect day for a stroll. Perfect day, yes, but, I had a date then. Joan told me that she would just drop by her house to feed the pigs. I had to wait for about 30 minutes in a nearby store in Ngcherelong, a province in the northern part of Palau. I had a five-day holiday in this beautiful sunny island nation last year. I had to write down “sunny” because I wanted to pack my things away from Japan’s chilly winter! Palau is a small archipelago of approximately 300 islands lying in the Pacific Ocean situated east of the Philippines. The unique and fascinating reefs and islands are the primary places of interest in this island nation.

Joan has three pigs. Thanks to her part-time job as a tour guide. She was able to buy the pigs after organizing a lovely tour for a group of Korean visitors to the Rock Islands – the best of Palau’s natural wonders. 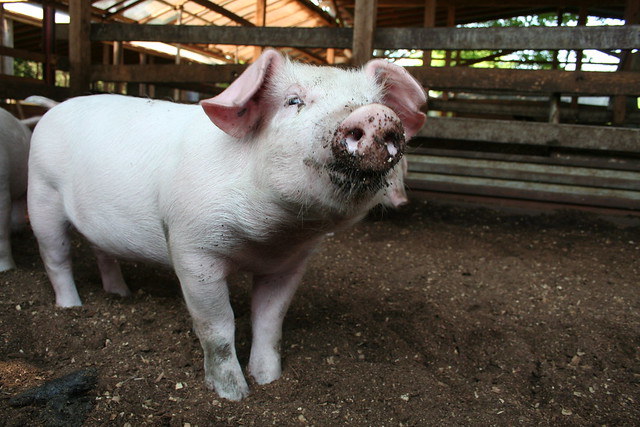 According to her, as we drove down to Palau’s business city of Koror, the aim of the Government is to promote tourism industry to support economic growth while maintaining the ecological balance of marine and land ecosystems. The Palau Visitors Authority (PVA) mentioned that the local economy relies primarily on tourism, which attracts approximately 80,000 overseas visitors per year, generating more than US$1.5 million in taxes annually. With this figure, tourism becomes one of the primary sectors of employment in the country. Joan, among other locals, benefits from this industry.